After a four year absence from the Bahamas Billfish Championship, Frank Rodriguez returned to the competition this April with a new Viking 70 and a reenergized determination to win the title. And team FaLa-Me wasted no time racking up 1,800 points at the Guana Cay Championship and narrowly missed finishing the BBC’s season opener in 3rd Place. Barry Weshnak’s Miss Annie captured third place based on time because Miss Annie was the first to achieve 1,800 points. 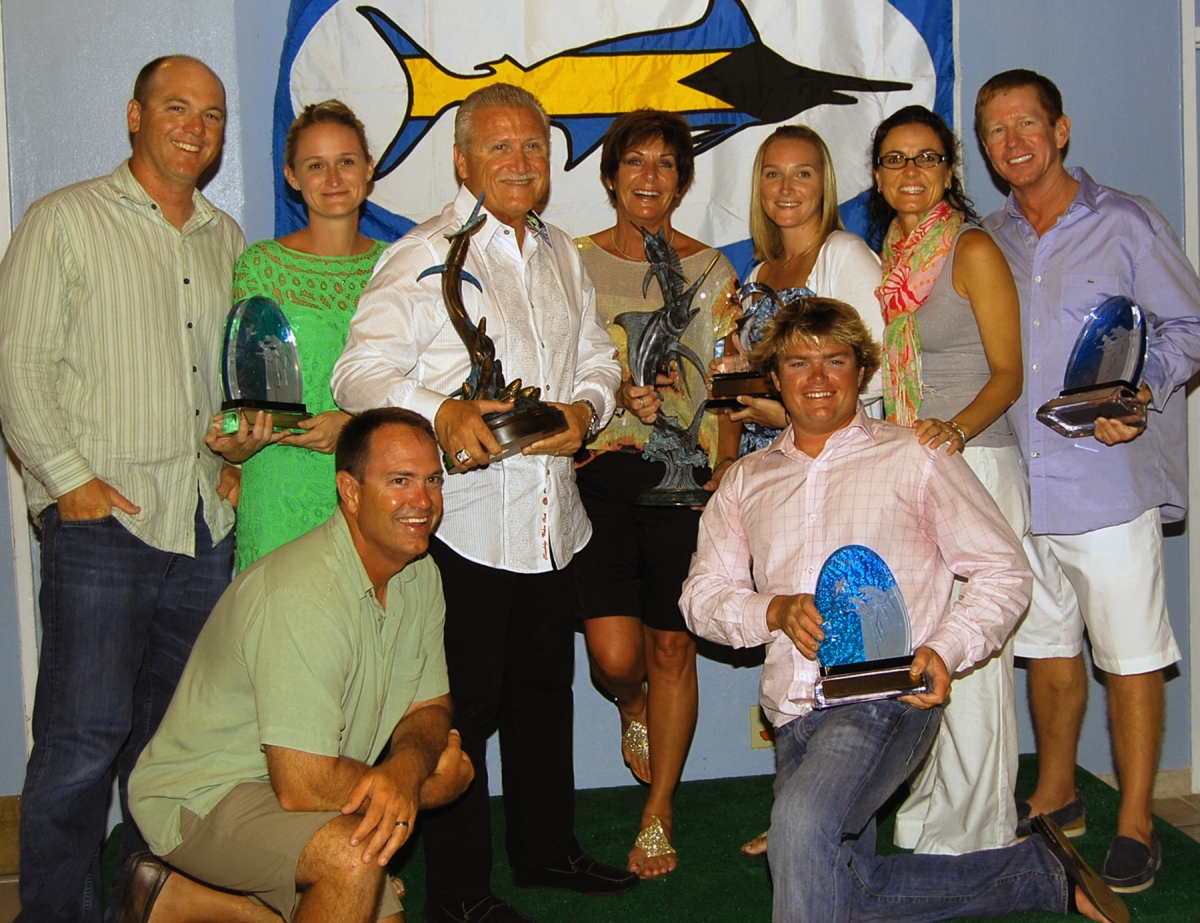 At the Harbour Island Championship, Rodriguez’s team again finished the tournament with 1,800 points aided by 700 ‘Grand Slam Bonus’ points. The Grand Slam came on day one of the BBC’s second leg when Fa-La-Me caught and released a blue marlin, a white marlin and a sailfish. Despite being plagued by a weather system that eventually became Tropical Storm Beryl, team Fa-La-Me managed to win the Harbour Island Championship and took over 1st Place in the overall standings for BBC 2012. Meanwhile, Weshnak’s Miss Annie again finished in 3rd Place and trailed Fa-La-Me by only 300 points in the overall standings.

The BBC returned to Abaco in June for the Marsh Harbour Championship and, again, release time became a factor in determining the Second and Third Place positions. Krazy Salt’s won the third leg of the BBC with 2,700 points; however, a BBC newcomer, team Island Time, released three blue marlin to edge out Fa-La-Me on time for 2nd Place. The 3rd Place finish did increase Fa-La-Me’s overall score to 6,700 points. 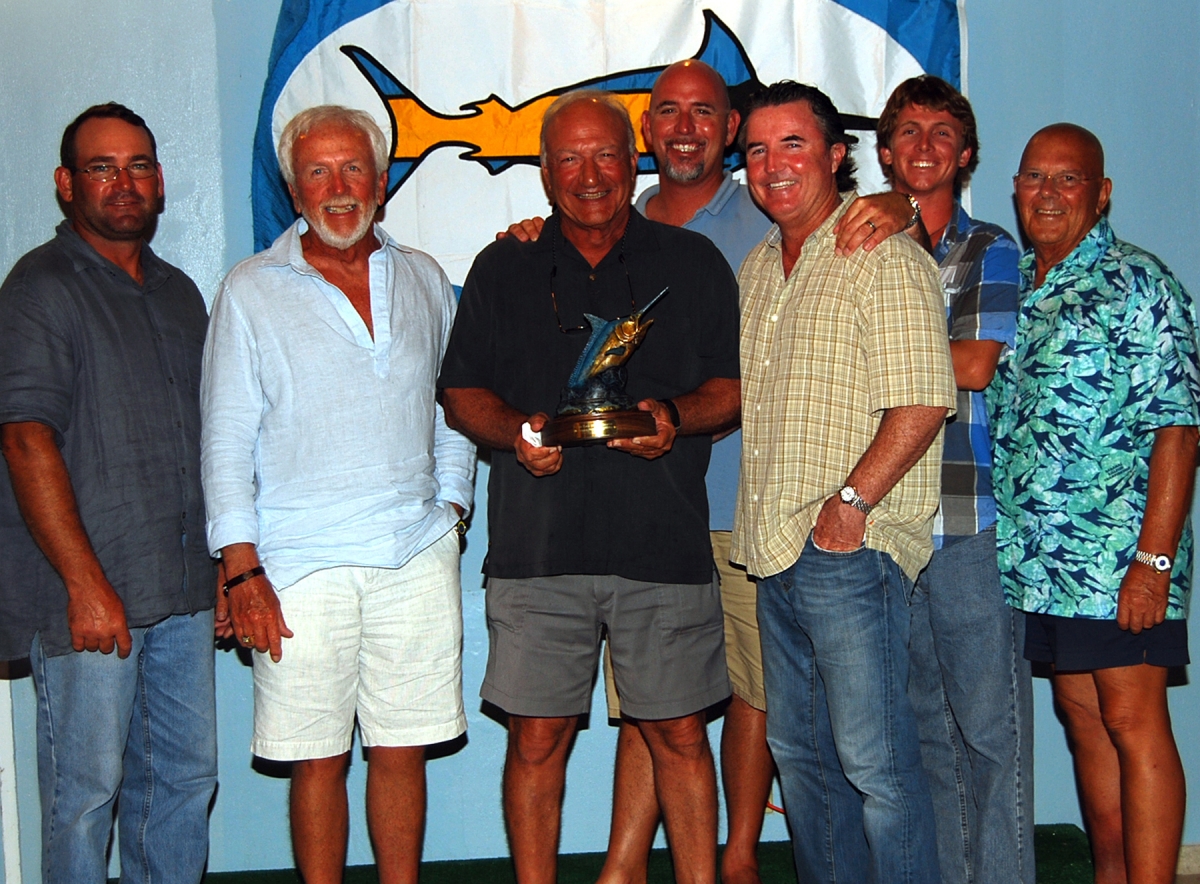 At the final leg of the 2012 BBC series, the Treasure Cay Championship, release time became a factor once again. The tournament was won by Cowpoke with 2,400 points and Give It Away finishing in 2nd Place with 1,800 points. Both Fa-La-Me and Susan McCart’s Absolut Joy finished the tournament with 1,400 points. This time, Fa-La-Me was the first to achieve the 1,400 points to secure 3rd Place at Treasure Cay.

Team Fa-La-Me finished the season with 8,600 points and captured the coveted title of Bahamas Billfish Champion for 2012. For the four tournaments, Fa-La-Me caught and released eight blue marlin, 6 white marlin and one sailfish. Rodriguez and team Fa-La-Me are by no means newcomers to the BBC. The Team finished in 3rd Place Overall during the 2005 Bahamas Billfish Championship. In 2007, Fa-La-Me missed the Championship title by a mere 200 points and ended the Series in 2nd Place Overall. For the next three years, Capt. Robbie Moore moved the Fa-La-Me to known blue marlin ‘hot spots’ throughout the Caribbean, Bermuda and along the US East Coast. The ‘new’ Fa-La-Me was over a year in production at Viking Yachts’ facility in New Gretna, New Jersey.

The third place finishes at Guana Cay and Harbour Island combined with eight blue marlin releases and one sailfish for the season landed Barry Weshnak’s Miss Annie in 2nd Place Overall. Miss Annie, a Viking 52, won the BBC title in 2010 after finishing 3rd Overall in 2007 and 2nd Overall in 2008. 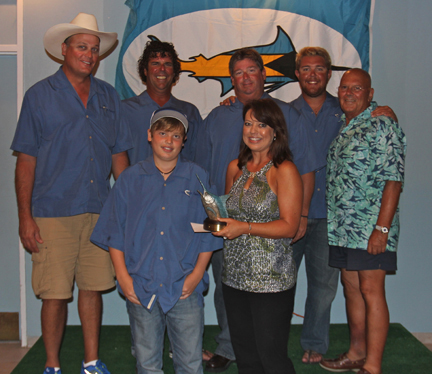 John and Anne Aramendia’s team Give It Away from Rockport, Texas fished their first BBC series this season. Anne Aramendia, who became an avid billfish angler after winning the Texas Women Anglers Tournament,  is the lead angler on the Team and managed a Grand Slam at the first BBC leg at Guana Cay. Team Give It Away caught and released five blue marlin, one white marlin and two sailfish during the four tournaments and, aided by 2nd Place finishes at Guana Cay and Treasure Cay, captured 3rd Place Overall in BBC 2012.

The ‘Top Overall Captain,’ Robbie Moore, was the recipient of the Lindsay Forde Memorial Trophy, a handsome bronze sculpture presented by the Lewis Marine Group. Making the presentation were Steve Lewis, Elizabeth ‘Liz’ Forde and McKenzie Forde. In addition, Capt. Moore and the crew of Fa-La-Me received Randy Rich designed ‘Top Captain’ and ‘Top Crew’ trophies also from the Lewis Marine Group. The trophies are replicas of the perpetual BBC Top Crew Trophy on display at the IGFA Hall of Fame Museum in Dania Beach, Florida.

During the Championship’s 39th season, anglers caught 133 billfish; 75 blue marlin, 42 white marlin and 15 sailfish. All but two blue marlin caught during the Treasure Cay Championship (Island Time – 625 lbs. and Midnight Blue – 634 lbs.) were released. Throughout the Series, all billfish releases are validated using time and date stamped digital images. Affidavits signed by all participants fishing on each team further confirms that the fish was released in accordance with IGFA and Bahamas Billfish Championship rules.