Cruiser Crews was able to fish one leg of the Bahamas Billfish Championship this season. However,  by the end of the Treasure Cay Championship, Crews was determined to fish the entire series next year. Crews’ team, Cowpoke, scored 2,400 points catching and releasing three blue marlin and three white marlin to win the final leg of the 2012 BBC series. 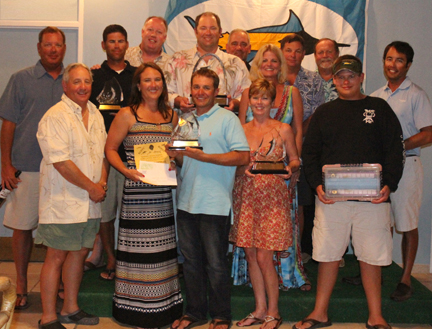 Like the majority of the twenty-one boat fleet, Cowpoke opted to take day one as their lay day. Day two proved unproductive for the Avon Park, Florida cattle rancher and his team. Team Cowpoke quickly took over the tournament lead on day three when they released two blues and a white marlin. On the final day of the tournament, the Viking 61 insured victory by releasing another blue marlin and two whites. 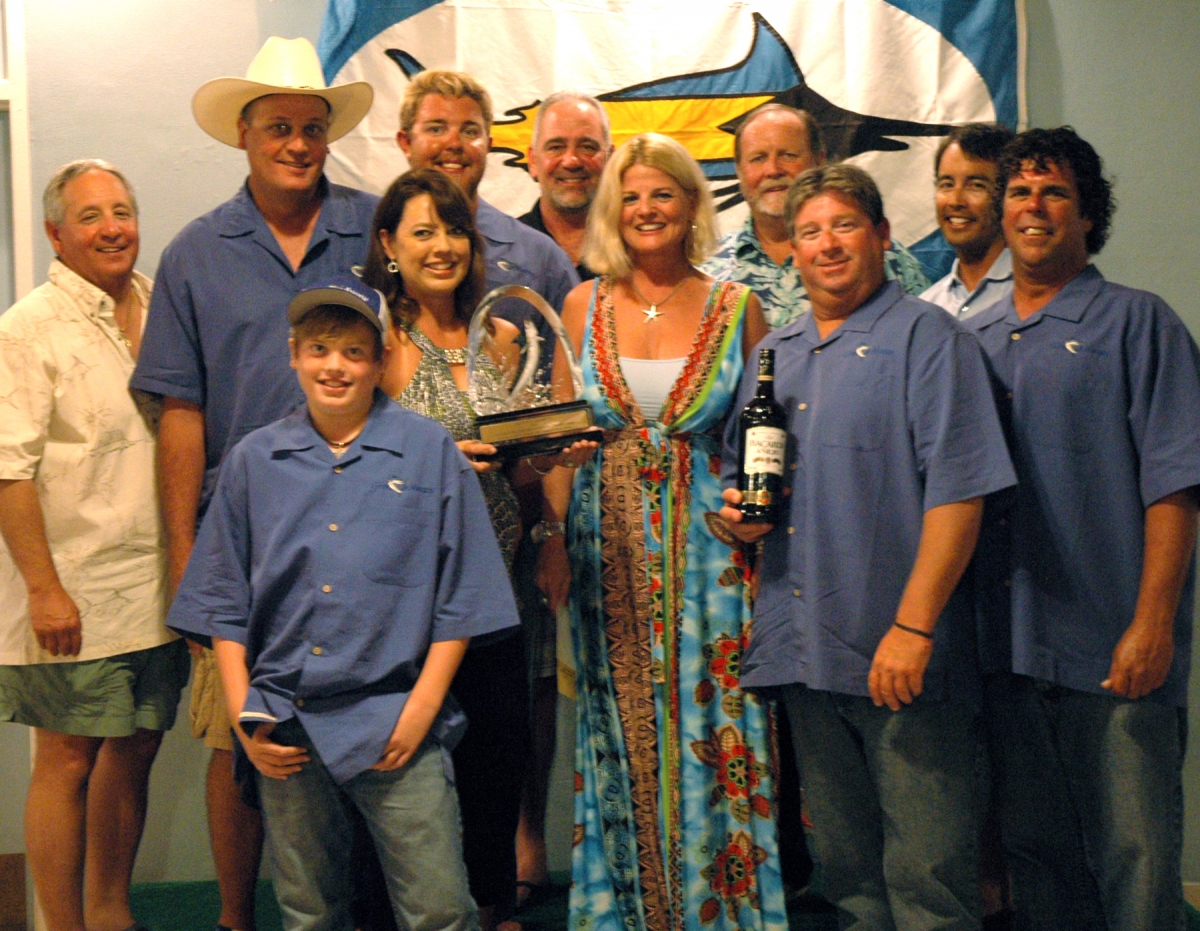 Team Give It Away from Rockport, Texas also caught and released three blue marlin during the days that they elected to fish. John and Anne Aramendia’s 58 Randy Dixon caught their first blue on day one but remained quiet until day four when Anne was two for two on blue marlin. The 1,800 points for the three blues were enough to secure Second Place in the tournament.

Third Place at Treasure Cay was determined based on time of release as Frank Rodriguez’s Fa-La-Me and Susan McCart’s Absolut Joy both finished the tournament with 1,400 points. Fa-La-Me achieved their 1,400 points with a white marlin on day two and two blues on day three. Absolut Joy, on the other hand, released a blue and a white on day two but did not release their second blue until day four. 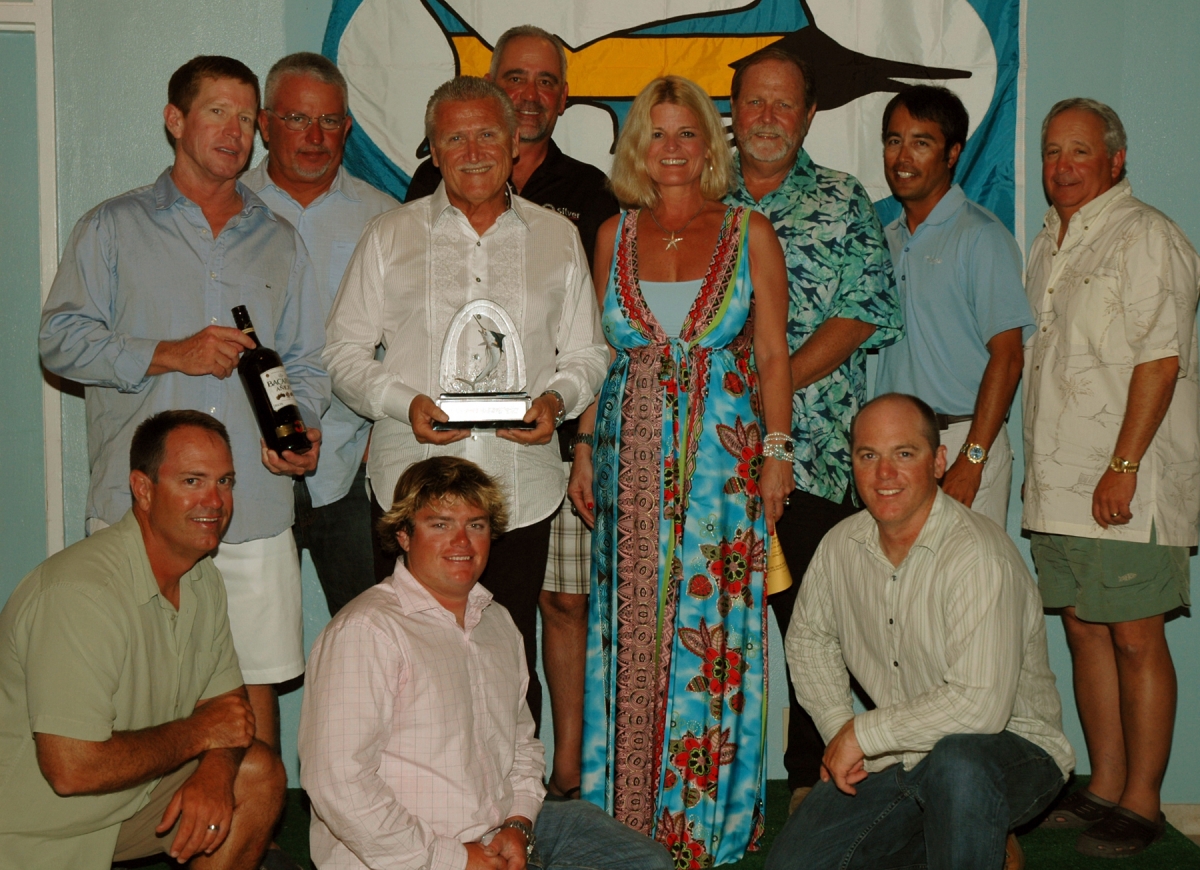 Second Place honors at the Treasure Cay Championship went to Give It Away. Give It Away was also the recipient of a Randy Rich trophy from the tournament sponsors.

Twenty-one teams competed in the Treasure Cay Championship, hosted by the Treasure Cay Resort & Marina. Of the 36 billfish caught, 26 were blue marlin, 8 were white marlin and 2 were sailfish. As with all BBC tournaments, all releases are validated using time and date stamped digital images. Affidavits signed by all participants fishing on each team further confirms that the fish was released in accordance with IGFA and Bahamas Billfish Championship rules.

The third place finish at the Treasure Cay Championship secured the 2012 BBC title for Fa-La-Me. Despite only releasing one blue marlin during the final leg, Miss Annie remained in Second Place overall. And the Second Place finish for Give It Away enabled the team to edge-out Wave Paver for Third Place in the overall Bahamas Billfish Championship.

To view the results of the Treasure Cay Championship and the overall results for BBC 2012, visit http://bahamasbillfish.com/bbc_results/2012_results/ or download the new BBC App for your Apple mobile device. Search 'Bahamas Billfish Championship' in the App Store.

Now celebrating its 39th season, the BBC is the oldest billfish tournament series in the world. Anglers can fish any or all of the tournaments with cumulative points determining the overall Bahamas Billfish Champion. In an effort to give-back to the Bahamian people, the Bahamas Billfish Championship has two endowed scholarships that enable Bahamian students the opportunity to pursue a degree in marine biology or advanced education in marine technologies.